The final part of the English Folk Song Suite has been completed and released.  All of the recordings have now been placed on a dedicated 2021 Lockdown 3 Recordings page.

The band has now completed remote recordings of two of the three pieces that make up the Folk Song Suite by Vaughan Williams. The new recording is in stereo so that you can hear each player more clearly (although you will need earphones or other suitable equipment to enjoy the effect).  Press play to listen to March No. 1 “Seventeen Next Sunday”.

Press play to enjoy the re-released recording in stereo.

The band has just completed a remote recording of the March from the Folk Song Suite by Vaughan Williams.  This recording has been re-released in Stereo on 16th March.

Provisional dates for concerts on the Lymington bandstand are on the Diary Dates page.

The band has been keeping itself busy in Lockdown 3 to produce a recording of the band playing Puttin’ On The Ritz.  Each band member played and recorded their part while listening to a basic backing track to ensure correct timing.  Some people even peformed two (or more) parts! Our Musical Director Clive then combined all the individual parts to produce the final result.  Press play to have a listen. 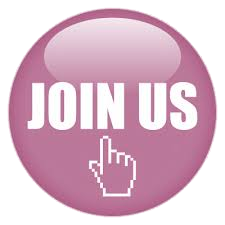